Why Businesses Are Turning to Managed IT Services

More organizations are turning over certain IT functions to managed service providers, freeing internal IT staff to focus on strategic IT projects. 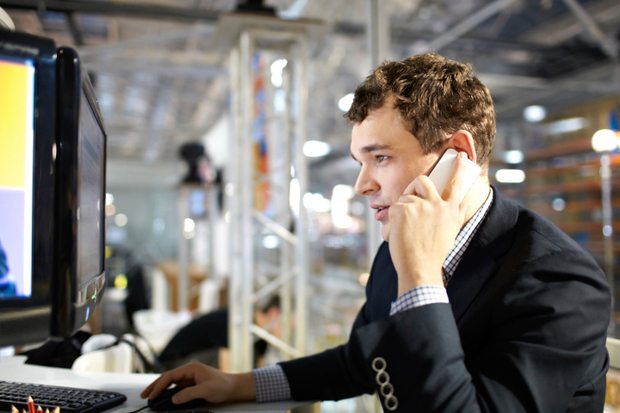 Organizations are increasingly turning to managed service providers (MSPs) to handle elements of their IT needs as part of a collaborative arrangement with the internal IT department, according to new research from IT industry trade association CompTIA.

MSPs have been around for a long time, but adoption has been relatively low. As late as last year CompTIA found that only 3-in-10 organizations had any of their IT in the hands of an MSP, says Carolyn April, senior director, Industry Analysis, at CompTIA. But more than two-thirds of companies surveyed for CompTIA’sFourth Annual Trends in Managed Services Study, released Monday, say they have used the services of an outside IT firm within the past 12 months.

Companies have become more familiar with managed services and are turning to them for management of certain IT functions, particularly email hosting, customer relationship management (CRM) applications, storage, backup and recovery and network monitoring.

“While one-time projects account for some of these engagements, a significant portion is ongoing management of one or more IT functions by a managed services provider,” says April, who is also author of the report. “There is a much higher degree of familiarity with the term ‘managed services’ and greater adoption.”

Some upper echelon services are offering managed services around data analytics, business intelligence (BI) and advanced application monitoring — and April says there is increasing demand in those areas — but most MSPs have yet to extend beyond their heritage in managing network infrastructure and basic software infrastructure.

“I think mobile is an area where the channel is getting some traction but they’re really not tapping the full opportunity there,” she adds.

Part of the awareness problem in the past has been a definitional one, April says. In these days of software-as-a-service (SaaS), the customers (and sometimes providers) remain unclear about what actually constitutes a managed service.

“I think the definitional issue is an enormous one,” she says. “It’s one of the things that has made it extremely difficult to market size the managed services space and determine adoption rates.”

The MSP community hasn’t done the best job communicating the benefits of managed services to end users, April notes, though the fact that usage has nearly doubled in the past year suggests they’ve begun to do better.

It is also important to note that while companies are increasingly relying on outside providers for part of their IT needs, MSPs generally complement rather than replace internal IT.

“Very few of these companies get rid of their IT staffs just because they join up with an MSP,” April says.
Instead, especially in larger companies, bringing an MSP into the mix frees up existing IT staff to focus on more strategic projects.

“It elevates the IT staff and brings them out of the shadows within the organization,” she says. “It allows them to focus on a custom app dev project or cloud initiative — something highly strategic. I think that’s a win-win for your IT staff.”

That also highlights that the reasons that organizations turn to MSPs have begun to change. In the past, April says, cost savings were seen as the primary benefit of MSPs. Now, she says, cost benefits are considered table stakes and customers are looking for additional benefits like generating revenue and helping the company become more efficient. Even security has evolved from being considered a roadblock to using MSPs to a reason for doing so.

April explains that companies have shifted their views over security as it has become clear that security problems are often the result of human error by internal staff.

Why IT turns to MSPs

The trade association found that six-in-10 respondents that consider their technology usage advanced are using an MSP for physical security services. Also, 63 percent of the same group are using an MSP for application monitoring. The managed services that are lowest in demand to date are videoconferencing, mobile device management and audio/visual services.

For more information about Managed Services from Flagship Solutions Group, contact us at (561) 208-FYI1 (3941).